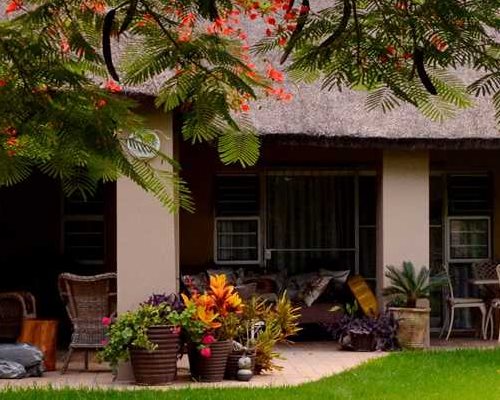 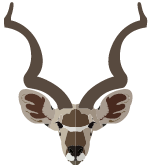 A tranquil atmosphere combined with warm and friendly service of this distinctively woven basket of lodges is unsurpassed anywhere.

Kududu Guest Farm is a 4 star Guest House in the Sundays River Valley (Eastern Cape), on the doorstep of the world renowned Addo Elephant Park and overlooking the luscious Sunday’s River Valley is a haven of tranquillity and comfort, waiting to be discovered.

Nestling in and surrounded by the well-known valley bushveld, Kududu has panoramic views across farmlands and extensive Eastern Cape bush which is a malaria free area. Its position allows for complete relaxation in a tranquil and luxurious setting, far from the madding crowd. We are ideally located in the central area of the Valley, making many day tours or excursions easily attainable.

Together they’ve made Kududu Guest house a warm and welcome home for guests all over the world.

Come and experience all we have to offer – Treat yourself!

Accommodation is offered in four luxury rooms, two standard rooms, two chalets and Saturnus. Saturnus, with its glass roof, offers you the opportunity to view the stunning beauty of Africa’s starry nights, especially the Milky Way and the Southern Cross. It is ideal accommodation for star gazers and honeymooners.

We offer B&B on all our accommodation options. The 2 Chalets and Room nr 9 situated at the pool area, also have a self-catering option.

When James Somers Kirkwood, an auctioneer from Port Elizabeth, arrived in the Sundays River Valley in 1877 to auction one of the original farms, he found the valley covered in Spekboom with a sheep or livestock farm dotted here and there.

Kirkwood envisioned the valley with irrigated fruit orchards and there and then bought himself a farm starting with development of an irrigation scheme.   Unfortunately no one shared his enthusiasm.  In 1889 Kirkwood died a financially and spiritually broken person whose vision was way ahead of time.  It was the next century that his dream of a valley full of fruit orchards became reality.

But it did not stop there.  Today, Kirkwood is the centre of the largest citrus area in South Africa with about 18000Ha under citrus trees.

Of the golden fruit produced there, about 22 million 15kg cartons of oranges, lemons, grapefruit and mandarins are exported all over the world, earning a total of R3.5 billion in foreign exchange for the Eastern Cape.  This make citrus the second largest industry in the province after  the motor industry.

The Addo Elephant National Park and the increase seen in game farms in die valley and Kirkwood area have also contributed in making our region a very popular malaria free tourist location.